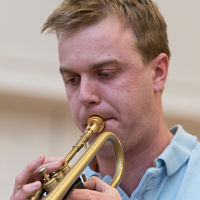 Scott Daugherty is a passionate performing musician and educator. He has played on Broadway and with the Albany Symphony Orchestra.  In 2008, Scott was awarded the honor of the James E. Hughes, Sr. Memorial Award for Performance from Mannes College of Music.