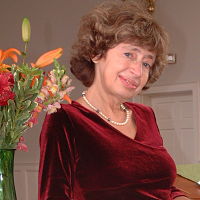 Inna Muravnik was born in Russia and earned a Bachelor and Masters Degree in music from the Leningrad Conservatory, where she won the Schubert Honors Competition and performed in the Leningrad Philharmonic Hall. She was a member of the Leningrad Concert Organization as a soloist, chamber music performer and accompanist, and presented concerts in major cities of the former Soviet Union. She annually toured Russia and the Baltic Republics.

We feature here one of Inna’s Pakachoag students, Andrew: