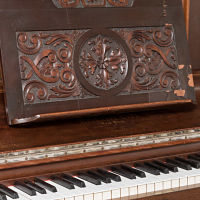 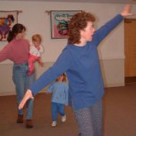 Emmanuel College and completed additional coursework (toward meeting teacher certification requirements) at Anna Maria College. She holds an M.Ed. from Lesley University in Creative Arts and Learning. Mary Anne continues to teach music in the Spencer Public Schools (kindergarten) and elementary music and chorus at the Memorial School in E. Brookfield.  It was under Mary Anne’s guidance, that Pakachoag signed on to offer Music Together as our chosen early childhood curriculum. 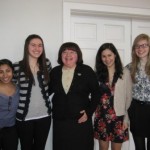 Lea Lucía Lipner (née Mordoh), was born in Buenos Aires, Argentina, and began studying the piano when she was six years old. From the age of 8 she studied under Julius Grünstein, a German pianist who was a member of the Düsseldorf School of Elly Ney and Ignaz Friedman. Mrs. Lipner’s studies with Maestro Grünstein continued until 1956. At that time she was pursuing a career in mathematics at the University of Buenos Aires. After graduating in 1965 with a Doctorate in the Foundations of Mathematics, she taught at the University for several years.

In the USA, Mrs. Lipner pursued her piano studies in Boston with Theodore Lettvin (1976-77) and Darryl Rosenberg (1979-87). She has presented solo recitals at WPI’s Higgins House, at the Worcester Art Museum (1984), at Steinert Hall in Boston, and at Pakachoag Music School.

Jon Clark taught trumpet for 25 years at Pakachoag through 2013.  He lent his time and talent in support of the Pakachoag mission, volunteering over the years to play for special events in addition to his teaching. 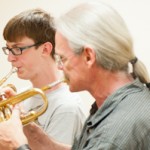 Jon holds a B.M. degree from Hartt School of Music and an M.M. degree in Performance from the Manhattan School of Music. Jon frequently performs with numerous orchestras, musical theaters, and ensembles throughout New England. Locally, Mr. Clark plays with the Worcester Symphony Orchestra and the Central Massachusetts Symphony. He has served as Director of the Cathedral of St. Patrick’s Brass Ensemble in Norwich, Connecticut for the past fifteen years.

Maxim Korn  received his Bachelor, Master and Doctoral Degrees of Music from the Glinka State Conservatory in Novosibirsk, Russia. He completed additional studies at the Tchaikovsky State Conservatory in Moscow specializing in chamber and string quartet music. Maxim remains connected with the School following his retirement in September 2010 as our programmer and faciliator of the annual faculty recital, usually held in January or February each year, and occasional other special faculty performances,

In 1990, Dr. Korn immigrated to Israel where he continued teaching and performing as a soloist, member of chamber ensembles, symphony and chamber orchestras. In 1999, he moved to the US and continued his performing and teaching career. Dr. Korn has served in the past as Assistant Concertmaster with the Bridgeport Symphony Orchestra and has been a member of numerous orchestras throughout New England including Thayer Symphony, Nashua Symphony, New Bedford Symphony, Waterbury Symphony and others. His extensive performing experience includes tours in Russia, the countries of the former Soviet Union, Eastern and Western Europe, Israel.

In the US. Dr. Korn has also taught at the Community Music School of Springfield and Indian Hill Arts. He now devotes his time to Pakachoag Music School.   As of September, 2010, Maxim moves to retirement status, although he remains involved with the School as mentor and organizer of faculty recitals.