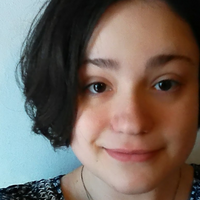 Bellalorraine Carey-Hicks received her Bachelor’s in Theatre and English from Worcester State University where she focused in Costume Design and Acting within her theatrical studies. Bella was also a founding member of the Region 1 Student Advisory Board for the Kennedy Center American College Theater Festival, focused on the upliftment of student voices in performing arts education. She has also received multiple awards for costume design from KCACTF, and was nominated for and competed in the Irene Ryan’s acting scholarship competition.

In addition to her university training, Bella has interned at the Hanover Theatre Conservatory in Worcester as a Costume Assistant, and has hands-on experience in stage management, design, and applied theatre.

In addition to teaching at Pakachoag, Bella is also the Academic Instructor for Worcester YouthBuild, a non-profit organization focused on job readiness, life skills, and basic education for largely out of school youth. She is also a graduate student at Worcester State University, studying English.