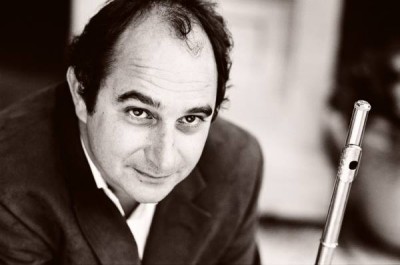 The Great Hall at Pakachoag Church

*To apply as a participant for the masterclass or purchase tickets to attend as an auditor please download and complete  Duchamp Masterclass Registration form.

Read more about Nico on his website here – including a sampling of his beautiful playing in the French tradition of Philippe Gaubert.

Nicolas Duchamp is an internationally acclaimed performer and respected teacher, in the tradition of the Paris Conservatory French school of flute playing, of which Philippe Gaubert was a most notorious example.
He has served for many years as principal flutist for the National Opera Comique in Paris and toured extensively in his native France as well as Europe, Japan and North America.

Nico is a prominent flute teacher who travels between Paris, New York, and South Carolina.  Jung-Yi Hsieh (Alice Daugherty), a Pakachoag faculty member, studies with Nico in New York.  We are so appreciative that both Alice and Nico are taking the time to share their beutiful music with us.

Additional thanks to faculty member Andrey Karpyuk who will play piano for Nico while at Pakachoag; also to Pakachoag Church for providing access to the Great Hall and the Steinway concert grand which will be used during this special event